We need to support the project and pay developers for development work to reach first viable “privacy-enabled” /e/ products that users will be able to install on their own phones or order on quantity-limited pre-installed /e/ smartphones.

Then we will be able to attract more contributors and the project will become naturally sustainable as it iterates to new releases.

/e/, a mobile OS and online-services, in the public interest 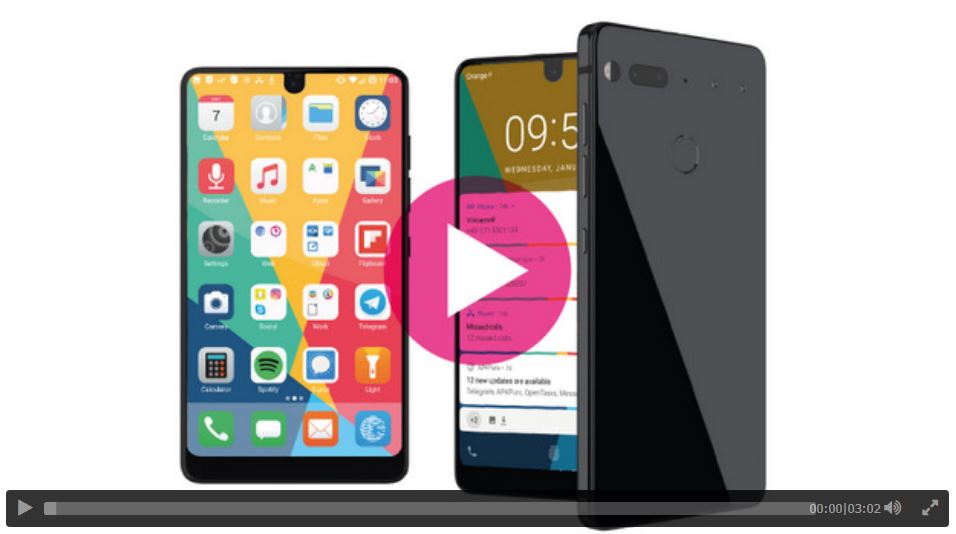 Your data is YOUR data! 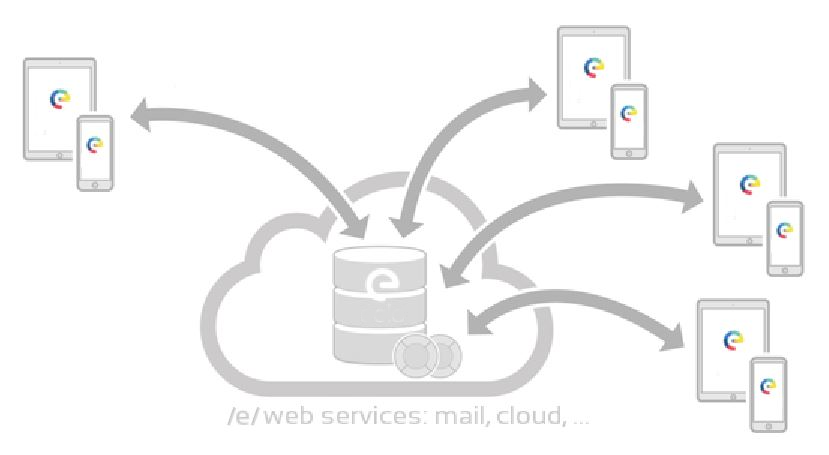 /e/ recognises the need shared by everyone for better data privacy. The /e/ project will provide an alternative mobile operating system and associated online-services, including email, cloud storage, and online office tools. /e/ is an open source, non-profit project, in the public interest.

In 1998, I created Mandrake Linux, because I was both a Linux fan and didn’t like Windows. It’s been a long time, and I’m very pleased to have been one of the actors who contributed to make the Linux desktop a credible option.

Since then, the smartphone has emerged. And it’s now a “companion of life” for many of us. But I realized this year that I was using an iPhone, a Mac and Google services more and more. I realized that I had become lazy and that my data privacy had vanished.

And I’m definitely not happy with that situation. I’m not happy with this situation because iOS is proprietary and I prefer open-source Software. I’m not happy because Apple is going crazy with their latest products, and even iOS is leaking a lot of personal data to Google (for 9Bn$ a year in return!). They are more and more expensive, and not really exciting.

I’m also not happy with Google and others like them. They have become too big and are tracking us by capturing a lot of information about what we do. They want to know us as much as possible to sell advertising. Like millions of others, I’VE BECOME A PRODUCT OF GOOGLE.

I want to stop that, at least for myself. People are free to do what they want. They can choose to be voluntary slaves. But I do not want this situation for me anymore.

I want to reconquer my privacy. My data is MY data. And I want to use Open Source software as much as possible.

But at the same time, the alternatives that exist at the moment don’t exactly fit my needs. First of all, I don’t want to use stock Android: it’s Google everywhere and I don’t like its default user interface. There are other initiatives too that fall short of what I’m after. I want something consistent and comfortable to use, like iOS or MacOS are. I want something I could recommend to my parents or my children. And I want something that respects my privacy.

What I want could be built from existing bricks in a reasonable amount of time and it would come along with nice online tools such as office, cloud storage and email services.

This “new thing” will be – as much as possible – open source. And for me and others to enjoy using it, it needs to be attractively designed.

At its foundation, it will be forked from LineageOS which is open source and can run mainstream Android applications. On top of that will be layered great open source modules to form a consistent mobile and web system.

I’ve called the project “/e/ ” because eels are small fishes that can hide in the sea. That’s perfect for my quest for more privacy. And we have a nice logo:

A project in the public interest

I want /e/ to be a non-profit project, a project “in the public interest”. I strongly believe operating systems and web services should be a shared resource: as I explained a few years ago, they are infrastructure – just like phone networks, rail tracks, and roads.

Non-profit doesn’t mean nothing will be for sale. We envisage selling preloaded /e/ smartphones, and providing premium services for corporates. We will also work with corporates who want to make some business with our Open Source products. But profit won’t be /e/‘s primary focus.

And as a community project, /e/ will welcome contributors.

We already have first results!

The /e/ project will release attractive-designed “privacy-enabled” smartphone ROMs and smartphones for the average user, with associated web-services.

Our first positive results at proof-of-concept stage are described on this page. In September 2018, we have also released a first beta of /e/ mobile operating system and online services! It’s available on a selection of devices (about 20 and counting!) and already received some nice press coverage. 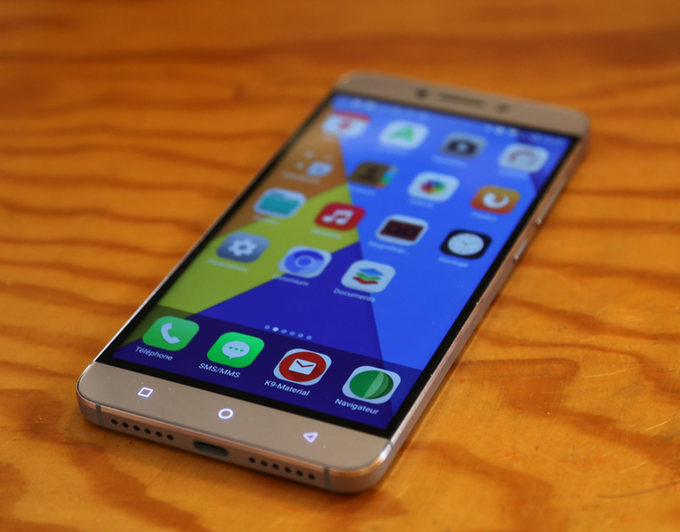 We intially started to review alternative web-services that would be compatible with the /e/ project and that we would be able to customize and integrate with the /e/ mobile operating system.

How is the money used?

In order to reach the targets described on our roadmap, we need to:

The /e/ core team: from 3 continents! 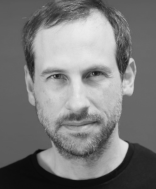 Gaël Duval is the project founder, and lives in Europe. Gaël is an open source advocate and has created two significant open source products: the Mandrake Linux distribution and Ulteo, an application and desktop delivery platform. 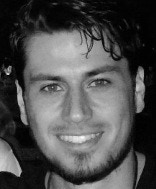 Rhandros Dembicky is /e/‘s artist in chief, and lives in Brazil. Rhandros is a UI/UX Designer with a solid background in mobile products. For more than 10 years he has worked with big players in the market creating digital products such as PlayKids, one of the world’s most famous apps in the kids category. 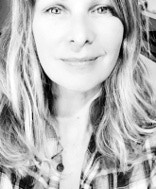 Véronique Loquet is /e/‘s head of communication and she lives in Europe. For twenty years Véronique has been helping hackers and IT doers in the open source and security fields to organize their media relations and events, all over the world. 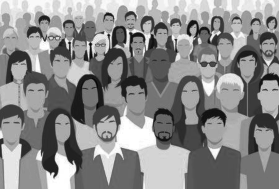 A growing community of developers and contributors!  /e/ is getting some attention from a lot of enthusiasts from all over the planet Earth: developers, content editors, “tubers”, evangelists… and they are warmly welcome.

And we’re helped by several advisors from the mobile industry on various aspects of the project.

We think that /e/ can have a global, worldwide impact as a major open source project in the public interest. It will help freeing users from personal data spying and advertising.

/e/ is about freedom and privacy in the digital world.

Other ways you can support /e/

Contributing to this crowdfunding campaign is a great way to support /e/‘s development. You are encouraged to share information about the project and about this campaign as much as possible, to friends, on internet forums and on social medias.

You can also register at our website or contact us as a potential contributor. We’ll need engineers, testers, translators, and people who can spread the word everywhere.

Find the different ways to support /e/ on the support page

By contributing to the /e/ permanent crowdfunding campaign, you help fuel development and increase our chances of releasing software and services that will be made available to all. With contributions from many people, we can have a real impact and become a real ethical alternative to the net giants. The biggest reward for all of us is the benefits the /e/ project can bring to the world.

But at the same time we have worked on some cool rewards. Depending on your level of commitment, you’ll get stickers, t-shirts, and as a /e/ official community member, you will be better connected to us and we’ll listen to your voice carefully. Last but not least, there are a few early “smartphones preloaded with /e/” available for the biggest contributors.

Choose your level of contribution and reward at the top right of this page!

Since the beginning of the /e/ campaign, we have received an awesome amount of support from people who like the project and who want to contribute. We also started to get some media coverage! We hope to soon be in the Washington Post, Elle and Vanity Fair, but meanwhile you can find us on a number of IT news sites, including ZDNet, Wired.it, Slashdot, HackerNoon and AndroidHeadlines.

Find out more about /e/ in the news. 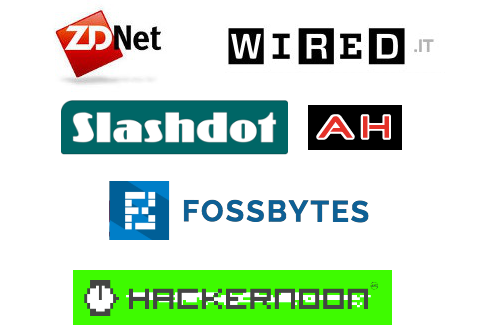 You like the /e/ project and want to contribute, /e/ thanks you in return!

You like a lot the /e/ project and want to contribute, /e/ thanks you loud in return.

You really care about our mission to bring more privacy to the world. You become an official member of the /e/ project. We’ll listen to your needs carefully, and you’ll get some /e/ stickers.

You really care about our mission to protect humans more from big corps’ and govs’ ears. You become an official member of the /e/ project. We’ll listen to your needs carefully and you’ll get a sheet of /e/ stickers!

You want to help /e/ grow and improve the mail and drive infrastructure. You get access now to more storage on /e/ services: 20GB drive and your @e.email account for one year. And you will receive a set of /e/ stickers in addition!

Important note: if you already have an /e/ identity email address, please communicate it to us during your order.

You want to make the /e/‘s odyssey faster. You will get everything above plus an /e/ t-shirt and an early access @e.email email account.

You want to make the /e/ ‘s odyssey super-fast. You will get everything above plus an /e/ sweart-shirt.

You really want to contribute more and we see you as a hero: you get all the above plus an early 100GB secure cloud drive.

You want to contribute and change the story significantly! You get all the above plus a nice 5 to 5.5″ mid-range smartphone (such as a Xiaomi Mi 5S or equivalent) preloaded with a functional early /e/ system..